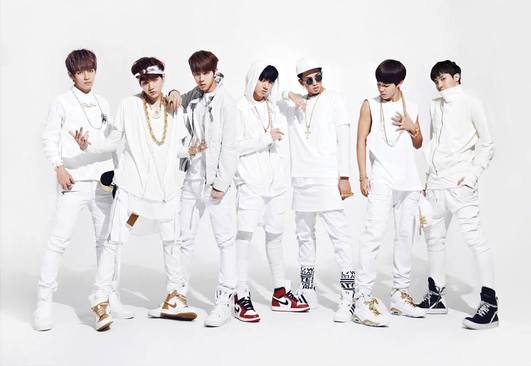 The Bangtan Boys/Bulletproof Boy Scouts (also known as 방탄소년단) is a new male hip hop group under Big Hit Entertainment, which is a subsidiary of JYP Entertainment. Labelmates include GLAM and 2AM.

The group consists of seven guys named Jin, SUGA, J-HOPE, JungKook, Jimin, Rap Monster and V. See the member profiles for more information. You can CLICK HERE to se the profile of the members. The members are aged 15~20.

Members for the group have been scouted since 2010 through the Big Hit auditions. The group went through numerous member changes during the trainee process.

They are expected to lead the hip hop boom with their outstanding rapping and dancing skills.